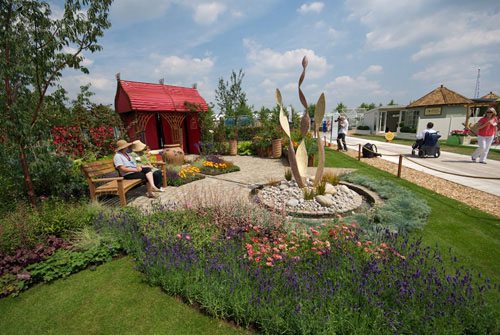 The LOROS Garden Appeal was launched in early 2011 to raise funds for a beautiful garden to be installed at the Leicester hospice on Groby Road.  The project involved two phases, one creating a garden for the RHS Hampton Court Palace Flower Show which raised awareness of the hospice movement generally and then reinstating the garden back at LOROS in Leicester.  A combination of fund-raising events, direct mailing and a public relations campaign managed by Nicky Stephen Marketing enabled this project to achieve success raising almost £50,000 in a matter of months and culminating in a Silver Award at RHS Hampton Court.  The garden moved to its permanent home at LOROS in Leicester in 2012.  To see some of the press coverage visit http://www.lorosgarden.org.uk/Fund/press/press.html